If you’ve never been wild swimming, it’s time. On a hot summer’s day, there really is NOTHING better! The shock of the initial plunge, the adrenaline rush as you surface, the feeling of total freedom with the cold water between your toes. There are tons of places you can do this in the UK (and whole books about it!), but because we’re into travel, we’ve picked some European spots too for your first wild dip. 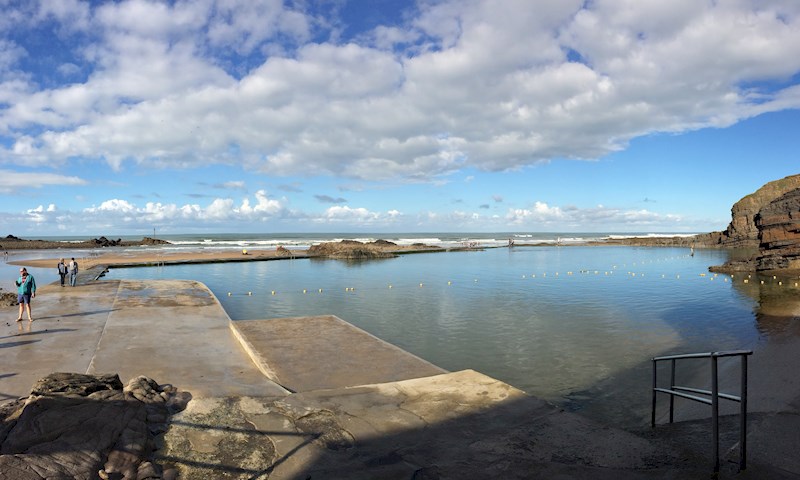 It curves just under the cliffs on the North Cornwall coast, and aside from being a sight for sore eyes, is open and accessible from the beach all year round. It’s a great place to start your wild swimming adventures as it’s  lifeguarded at peak hours during the summer months. 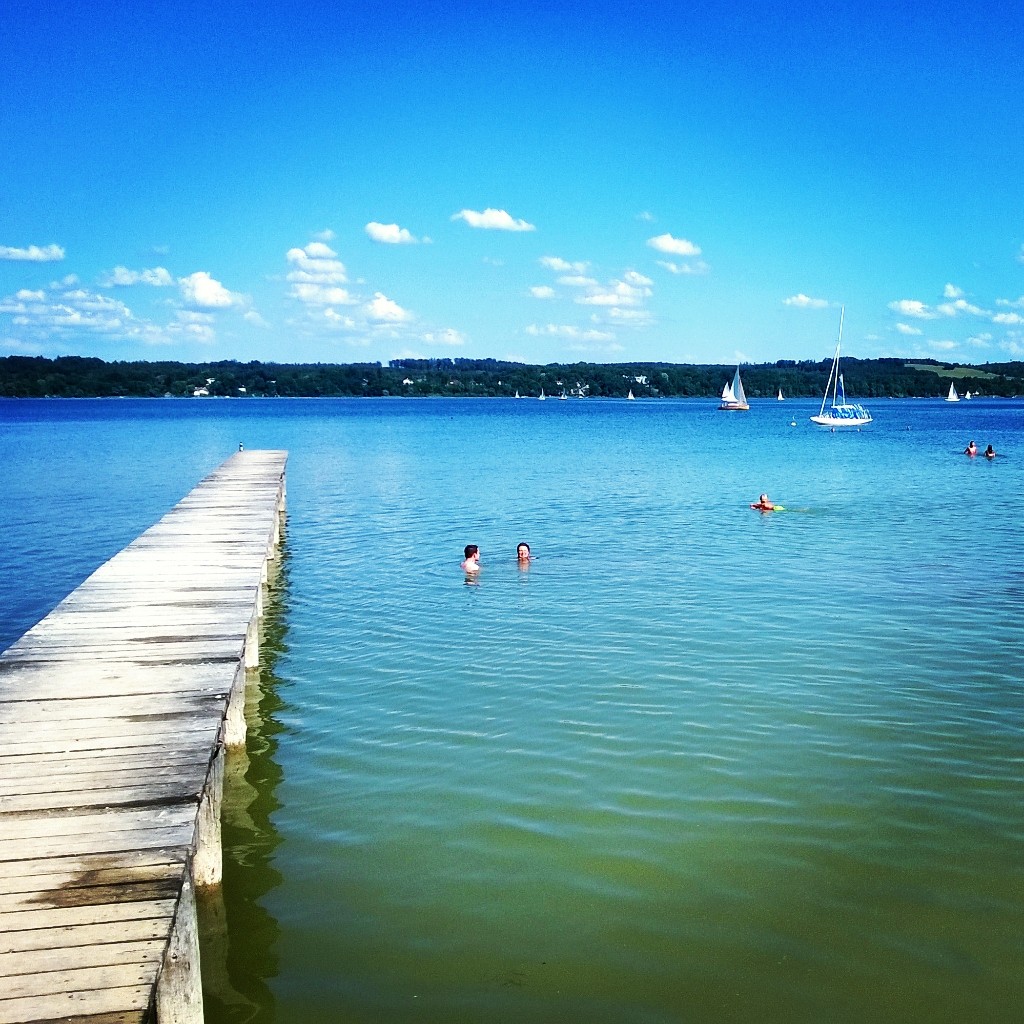 Germany is packed with beautiful wild swimming spots, but we’ve picked Cafe Forster in Schondorf.  It’s less than an hour’s drive from Munich and is perfect for families as it’s not too deep for the first few metres, so the little ones can paddle while you plunge the depths. 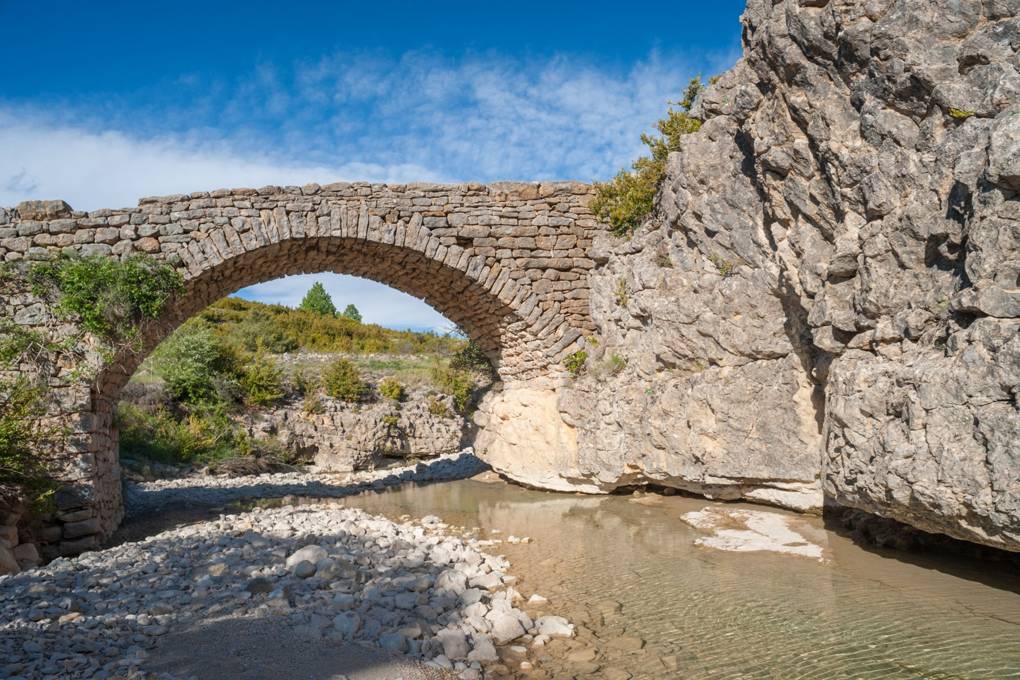 The Río, also known as Alquézar in Sierra de Guara, is a river and gorge in Northern Spain  with miles of pools, chutes and waterfalls to cool off in. It’s just over three hour’s drive from Barcelona and is home of one the most scenic landscapes in Europe. There’s a fun 9 metre jump for the foolhardy. 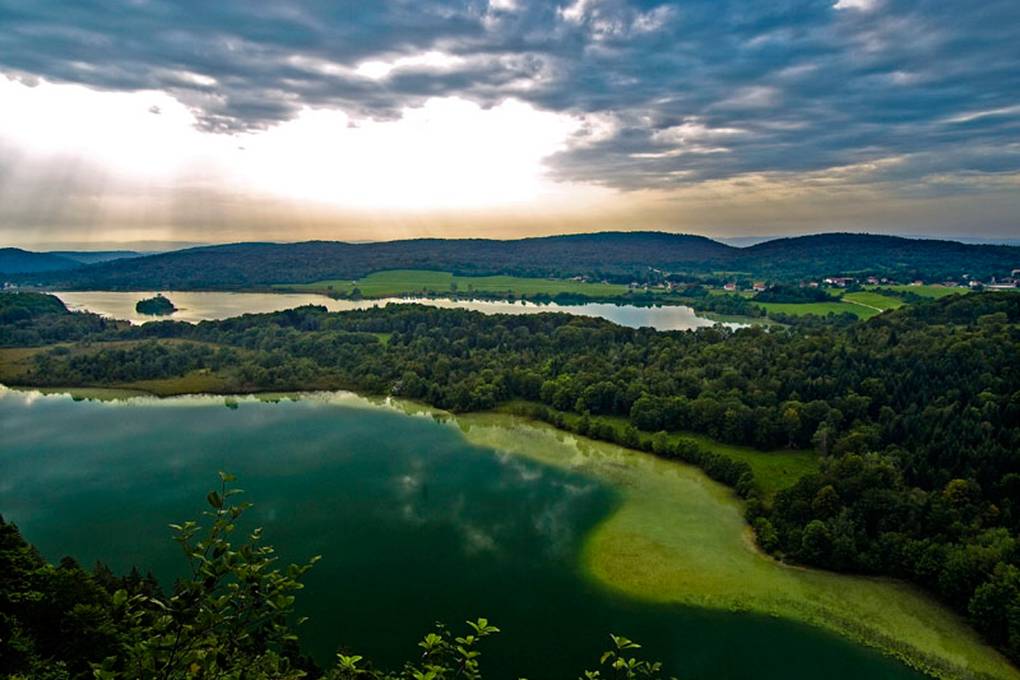 Head to the mountains of Jura on the French side of the Swiss border for a wild swimming wonderland. Waterfalls drain into gushing rivers and spill through underground caves ending in serene lakes where you can float away all memories of the office, hidden within the hills. There are 8 main swimming spots, so you could make a week of it. Bliss!